HTML5 has now gained a sure footing and is emerging as a reckoning force in this turbulently changing internet tech space. Gradually people are getting to realize its potential and this is the reason it is becoming a trending technology among the users.

The main reason behind its soaring popularity is its flexible nature to render websites to mobile devices as well.

According to a survey which was conducted using a sample space of 5,000 programmers and a considerable 41% of them said that they prefer HTML5 for creating apps for multiple platforms and in delivering their web design services; which is increasing as the mark was upto 36% a year ago. 40% of web developers said that tried to build native app so as to check whether HTML5 suffices their needs.

As Web Designer for small business, Ella Cooper at Xicom Technologies puts it,

“Even Amazon the stalwart in this field uses HTML5 for its app. So there is questioning that HTML5 is everyone in the tinsel tech town, but how to design so as to render superb development skills.”

Thought it has grown luxuriantly but you still need to pay heed to some issues that will help you to render a smooth performance. Let’s find out!

Lag problem in mobile apps is the jerking and stuttering that occurs when a browser is unable to showcase a page in a specified time period. This is called jank, and the cause of this can be due to various factors such as proor configuration of the browser or a slow CPU.

Mostly the devices have a refresh rate of 60 Hz, which implies that the page refreshes 60 times in each second.

This is the reason why browser only has 17 ms so as to run the script, so as to create layouts, and display it on the screen without intervening the display of the forthcoming frame.

Hardware acceleration is quite an important factor to render good performance at the browser. The basic idea is to offload tasks that can be computed by the central CPU to the graphical processing unit (GPU) in the graphics adapter of your computer.

This design component can deliver ample of performance gains for a small business website and plays a kingpin role to reduce the resource usage for mobile devices. Following are the aspects of your web document can be improved using GPU:

WebGL and acceleration of canvas are the special features that might not be applied to certain specific application. Wherein, the aspects can help you to considerably improve the speed of all kinds of app.

What can be accelerated?

If you need to accelerate specific tasks to certain special hardware and well-defined offloading then you can make use of GPU acceleration. The basic idea behind is to break down the web document into several “layer” that do not get changed with respect to any aspect of your page that needs to be accelerated.

To display these layers we make use of traditional pipelines. The the GPU is used to amalgamate the layers in a single page by making use of “effects” that are to be accelerated on the go.

You need to make it easy for the rendering engine to figure out when it can apply the magic of GPU acceleration.

Make sure that your app render the most common approaches for use-interaction which are sliding, flipping and rotating. The first step is to divide the transitions such as slide, flip, and rotation and then work on their acceleration.

The best thing is that each of the animation takes only three to four line of CSS and JavaScript.

When it comes to mobile devices there are three approaches for transition and sliding is one of the most common one. You can invoke the slider transition so as to bring new content area into the view port.

Flipping on regular mobile devices is actually know as swiping the page away. To incorporate this feature with precision all you need is a JavaScript if you are building an webkit based app development for Android and iOS devices.

The current position of the element is what you need to keep as the prime focus while dealing with transition of the touch events.

Rotation is one of the most important functionality for the mobile devices.

Users can anytime rotate the phone at 180 degrees so as to find out the reverse side so you need to make sure that the rotation is precisely handled. All you need few chunks of code snippet that allow JavaScript and CSS that assigns transition class onclick.

Now that you know that the speed of your app can be easily accelerated, the next step is to go dig into profiling so as to find out how optimization can reap good results in terms of benefit.

Optimizations quite sometime has a negative impact when it comes to the process of maintaining the source code of your application and it can be applied only it is of prime importance. Profiling is a great process that enables to figure out the greatest benefits along with the improved performance of the website. 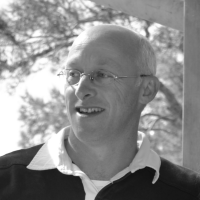 David Trounce
David is a CRO and marketing consultant. He has a background in business management and also writes for Business.com, GrowMap and Born2Invest.
+61 2 80064955