It is a question often asked, but rarely answered properly when it comes to SEO vs Google Adwords and all other forms of paid media.

In this article, we’ll leave aside the hype and just go through the facts.

Cutting to the Chase
SEO that produces high ranking organic results beats all other forms of paid advertising, hands down.

We have observed time and time again that even when people click on ads, they will often cycle back and look for more information about a company or product by searching through Google’s organic search results.

Why  is it so? What do result-driven SEO have over Google Adwords and other types of advertising online?

One of the best ways to tell what people trust is to follow the clicks.

We have all heard of ad blindness. People online have historically moved past most ads without even reading them.

Though it has to be said, for some industries (possibly the finance sector), where services are being sought, ads may in fact hold a higher trust rating. Never-the-less, the statistics speak for themselves.

The graph below shows the current approximate click through rates for organic search results in Google.

The change in click through rate is dramatic. The top three organic results are rewarded for their search engine optimisation efforts with over 50% of the clicks.

From fast ways to improve site ranking and boost search positions for already solid websites to long term projects that see small business holding their own against much bigger competitors. We have worked out what makes people click, so you don’t have to.

WSI Online World reported that at least 75% of all clicks are organic search result clicks. The bottom line is that most users trust those links in Googles’ search results more than they trust the advertising. And the best way to put your business among those search results is effective SEO.

While paying for per click advertising is quick, consumer trust and longevity of results lean heavily in favour of SEO as a better marketing strategy than Google Adwords over the long term life of a business. It’s tortoise and hare stuff.

Banner blindness is one of the major reasons why Google’s visual ad network is such a failure. The only people who think those ads are pretty are the advertisers. More aggressive tactics like pop ups are considered intrusive and actually could be doing your brand a great deal of harm.

Given the number of ad and pop up blockers in use, one wonders how many millions of dollars are clicked down the dunny each year without a second flush.

Don’t interrupt me with ads, sign ups or suggestions. Leave me alone if you want my business.

2. SEO has a Better ROI than Google Adwords

Here is one way for you to think through your SEO and organic web marketing costs when comparing it to Google Adwords and other paid advertising.

Would a Google Ad spend give you a better return on your investment (would it cost more or less) than to secure the same result in organic search?

In other words, which is better value?

SEO and good back linking aren’t instant like paid advertising, but it keeps working long after the money is spent.

The purpose of the calculation below is to determine which represents the better value and which is likely to give you the better return on your investment.

Quite often, the best result is by combining a number of long tail keywords in a niche. Depending on the industry, you want at least 1,000 searches per month for that keyword or keyword group.

Not good. For Google Adwords to be worthwhile, this person needs to drastically lift either conversions or profit margin.

For an SEO Campaign

Your mission would be to set an SEO budget under the Adwords cost in an effort to rank on the first page for less money.

So, using the Calculation and example above you can calculate a viable SEO spend that could generate 5 to 10 times more revenue than paid media -and at a much lower spend – thus, a much higher ROI.

According to the Google Keyword Planner, that keyword gets an average of 880 searches per month and has a suggested bid of $171.77.

If you could get 2nd organic search result position for this term using an effective SEO Stratgey, you would expect to have about 14% of search engine users click on that result.

This would amount to about 123 visitors to the page.

Given it would cost $171.77 per visitor to replicate that traffic using Adwords, the SEO value of that ranking (The total cost if you were using Adwords) is about $21,000 per month.

With these numbers, it wouldn’t be out of the question for someone wanting to rank for this term to spend $5000 to $10,000 per month on link building and SEO Services  to achieve these rankings for that keyword – and still be way better off with $11,00 – $16,000 left in their pocket.

Not only that, but, people searching for a keyword like this are typically ready to buy. If they can find you organically, all the better. You have done the work, now you just have to close the deal.

Your SEO Spend should represent the monthly amount you are willing to pay for a minimum of three months. After that you could considering lowering your budget and moving in to SEO maintenance mode.

You might consider combining several keywords into a single group and set your budget accordingly.

These calculations use the average conversion rate of 2.35% which is an excellent starting point but you can also adjust it according to your median market averages below.

If you chose the keyword, “Amazon”, you would see that it gets 68 million searches a month. The competition is low and the CPC is .04 cents. Sounds great, eh? Lots of searches, low price, low competition.

But the reason for this is that no one bothers to go after that keyword because, among other things, nobody can compete with the domain of the same name (www.amazon.com). It would be a pointless exercise.

You can learn more about clever keyword strategies to help you move to the first page of Google at https://www.malleeblue.com/1st-page-google-optimization-tips/

People trust people more than ads. Recommendations from friends, colleagues and influencers’ not only influences direct traffic but also pushes organic click through rates even further ahead of Google Adwords.

Direct traffic is usually the result of direct recommendations or repeat business. But even here we have seen a fascinating pattern emerge.

Some things don’t change. What our friends say matters more than the advertisers by-line.

We have seen time and again that people who click through via a Google Adwords or even come directly to a website through a recommendation will often later cycle back to the SEO generated organic search results, compare a few competitors and even search for the brand name or product of the original recommendation and click through to the site once more before purchasing.

The thinking seems to be that if a brand show sup as credible in organic search then they are likely a more trustworthy site to deal with.

When this data is tested to see how much traffic is really coming from direct sources, several studies related to Google Search have shown the true value of SEO.

Groupon wanted to find out how much of it’s traffic was really direct and really organic. So they performed a risky search engine study. They de-indexed their site for 6 hours and discovered that in fact the direct traffic was much lower than 40%.

There traffic dropped by about 60% and were therefore able to attribute up to 64% of their true traffic to organic, SEO driven sources.

From Neilson: Global Trust in Advertising,

“The most credible advertising comes straight from the people we know and trust. More than eight-in-10 global respondents (83%) say they completely or somewhat trust the recommendations of friends and family. But trust isn’t confined only to those in our inner circle. In fact, two-thirds (66%) say they trust consumer opinions posted online—the third-most-trusted format.”

Social media plays a big role here. A 2016 study published on Journalism.org in to where people are fetching their news showed that 65% are using digital technology with a huge 48% getting their daily round up of news from Social Media Sources.

Compare this to a 2012 study which showed only 17% accessing social media for the same purpose (in this case, the purpose was the US Presidential Election).

Engage your audience via Social Media as part of your overall SEO and Online Marketing Strategy. Make your brand stand out by ensuring you brand all your work consistently.

Weighing up the costs before you get started in online marketing is daunting. Many times, people just don’t know what si going to work for them until they get going. Not only that, but many that claim to be an Expert SEO Service often turn out to disappoint badly.

What is Working for You Right Now?

Tell us in the comments what success you have had and how you had it – whether in paid or organic search. Do you think SEo is better than Google Awords and other forms of paid media like Outbrain?

Is it just a matter of different approaches for different markets? If you are not sure where to start in budgeting for a campaign, have a look at the kinds of SEO services on offer and start doing some research.

Talk to experts in both fields and especially  talk to other businesses about their strategies. Businesses that are already doing the work and enjoying some measure of success. 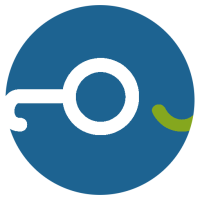